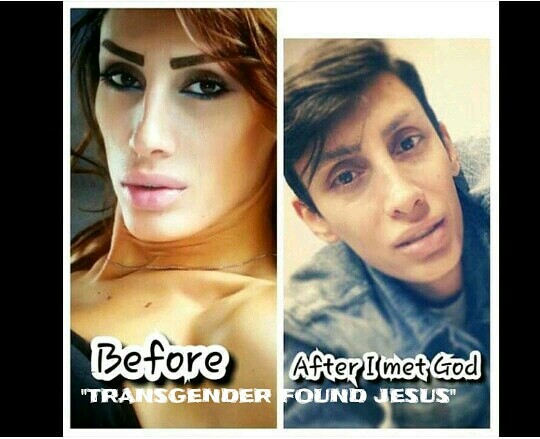 Born in Lebanon, Antoine Bou Ezz was once a transgender who is well-known in the fashion world. As a kid, he grew up being bullied and was discriminated for being gay.  He was lonely and aching deep inside all his life and wasn’t able to live a normal life like his peers.

Antoine searched for his identity in many things, but he couldn’t find it. When he became a young adult, he had everything he wanted—underwent cosmetic surgeries, let his hair grow long, obtained fame and wealth, and became obsessed with perfection –  yet he still felt empty.  He could feel the emptiness in his heart no matter what achievements or gains he attained.  He lived a luxurious life especially when he became successful in the fashion world. He indulged himself in pleasure, fame, and sought his value and worth in things of the world.  He thought he would be happy, but it only became worse as every day he felt like he was living a life of torment.

Antoine searched for the love that he lacked, but it only left him broken every time. He knew he wasn’t happy and he knew his dreams and aspirations were wrong on his whole journey.

Until one day, he had a friend who shared  the Good News with him.  The Good News found only in Jesus Christ – the Savior who could take away all his sorrows and  erase all his sins.

Antoine was touched by God.  He understood that he was living a life battling Satan and against the will of God.  He said he found his answers in God’s unchanging word, “Male and female He created them, and he blessed them and named them Man when they were created” [Genesis 5:2].  Then he felt a hunger inside to know more about God through the Holy Bible.  There he found the truth:

Antoine knew he had to be born again. This meant that he would allow God to renew his heart and recreate him. “Therefore, if anyone is in Christ, he is a new creation.  The old has passed away; behold, the new has come” [2 Corinthians 5:17].   Through asking God’s forgiveness for all his sins and transgressions, he was changed into the man God created him to be.

God pulled Antoine out of the pit of destruction the moment he humbled himself before God. He never knew the peace, joy, and satisfaction (that only God could give) even existed. The world and its pleasures never satisfied him no matter how successful he looked to the world.  It is clear that only God alone can satisfy the longing in our hearts, the questions no one can answer, and all the love that we’re all desperately seeking.

“For from Him and through Him and for Him are all things. To Him be the glory forever! Amen.” [Romans 11:36]